A specialist in early American political thought and gender studies, Kann was a revered scholar and dedicated teacher: 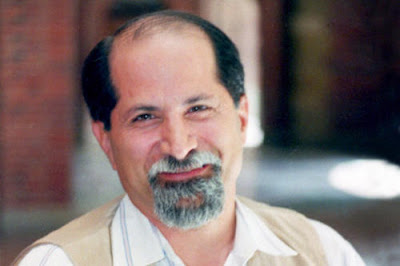 Mark Kann, Professor Emeritus of Political Science and History and associates chair emeritus in social science at the USC Dornsife College of Letters, Arts and Sciences, has died.  He was 68.  Kann died of causes related to multiple myeloma on January 5 at his home in San Pedro.

A political theorist specializing in early American political thought and gender studies, Kann was a recognized expert in the field, authoring seven books and co-authoring or editing several more, contributing numerous book chapters and publishing more than 30 essays and peer-reviewed papers.  He was active within professional organizations such as the Western Political Science Association and served on several journal editorial boards.  He also consulted with the United Nations Department of Economic and Social Affairs from 2006–07, helping to develop the "E-Participation Readiness Module" for the UN's annual government report.

Kann brought his unique perspective on current political issues to the general public as well, penning commentary and opinion pieces for various media outlets and serving as a monthly columnist for the Los Angeles Herald Examiner in the mid-1980s.  He was involved in USC's Thematic Option and gender studies programs.  He also founded the Center for Excellence in Teaching and served as its director for three years.  He was one of the first faculty members to participate in the Institute for Multimedia Literacy at the USC School of Cinematic Arts, and he established an academic culture initiative to encourage students and faculty to interact and learn outside the classroom—the initiative's catchphrase was "learning has no boundaries."

Revered by students and colleagues as an exceptional instructor, Kann was recognized with several of USC's most prestigious teaching honors during his 38-year career at the university, including the USC Associates Award for Excellence in Teaching in 1978, the USC Social Sciences Award for Distinguished Teaching in 1981 and two USC Innovative Teaching Awards, one in 1985 and the other in 1999.  He also was selected as one of "The 10 Best Teachers in California" by California Magazine.

"He really was a lifelong teacher in all aspects," said his son, Simon Kann '95, "not just in dealings with students, but with me as his son, my friends and others."  Simon Kann, who graduated from USC with a degree in civil engineering, found that his father's dedication stemmed from a genuine passion for the profession.  "He had a lot of pride, enthusiasm and enjoyment in that process of teaching others, not just providing information and lecturing, but teaching people how to learn, how to critically think about things.  He challenged your brain to figure things out."

Nora Hamilton, Professor Emerita of Political Science, admired Kann's commitment to his work.  "He very early on established a rapport with students, and he had many, many students that were really devoted to him," she said.  "He was very thoughtful and dedicated, and I think that showed in both his written work and his teaching."

Judith Stiehm, formerly a political science professor at USC and now at Florida International University in Miami, met Kann when he was an undergraduate in her course at the University of Wisconsin–Madison.  In 1975, after he earned his PhD, she happily welcomed him to USC.  "He was an exceptionally conscientious teacher—and creative.  Those two things don't necessarily go together," she said.  "He was definitely both of those."  She also praised his distinctive approach and perspective on political theory.  "[His writings] were really much more contemporary than most.  Many political theorists write about Aristotle and Plato, but he used the techniques of political theory to look at more contemporary issues."

USC Associate Vice Provost Robin Romans studied under Kann, who was his PhD dissertation adviser.  Romans, who later became an academic colleague with Kann, reflected on Kann's contributions to the university, its students and the field of political theory.  "Mark Kann was a brilliant political theorist and an amazing teacher," Romans said.  "He felt political insight grew out of experience and political action far more than from theory itself, which is why so much of his scholarly work is grounded in social history and often drew on literature."  Romans said Kann looked for novel ways to help students learn.  "Mark loved students and rewarded them for creativity and for questioning his authority in the classroom.  He dared them to eat from the tree of knowledge of good and evil.  When I directed the Thematic Option program, he sent me a syllabus in which the final exam was worth 5 percent of the final grade.  He understood most thematic option students were great test-takers and needed to be challenged in different ways.  So he changed the rules by putting more value on collaborative group projects throughout the semester."

Romans extolled Kann's love of family as well as his strong sense of humor.  He cited a "What Matters to Me and Why" presentation in which Kann, a former gymnast, told students a story of how he met his wife in high school.  Said Kann, with deadpan seriousness: "One day while working out in the gym, a freshman yelled, 'Nice bod!'  I immediately concluded she was a woman of great intelligence and subtle insight.  Eventually, we were married."

Simon Kann, who is now an attorney with the Port of San Diego, summed up his father's lifelong love of—and approach to—teaching others as an effort with continuing impact.  "He would guide you through the process of coming up with answers yourself, which is a replicable skill.  So the next time something comes up, you have that ability because your teacher—or mentor or father—is not always going to be there with you. I know that his students, who have moved on to their careers, took that with them and continue to pass it on to other folks.  My father started something that will continue to expand out and assist people well beyond his time."

Kann requested that no memorial service be held for him. Funeral services were held at a private location.